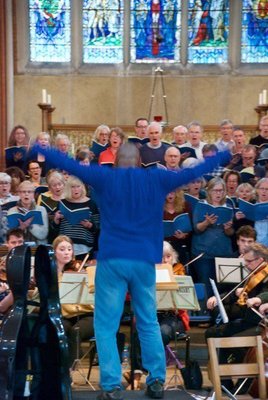 Fortismere Community Choir started in 2009 and is based in Muswell Hill, north London. It is an unashamedly unauditioned choir which comprises singers of all abilities – whether you are accomplished and able to read music or whether you simply enjoy singing but cannot read music, a warm welcome awaits you.

Under the guidance of musical director Marvin Perrott, the choir has gone from strength to strength, performing works such as Requiem Masses by Mozart, Durufle and Faure, Haydn's epic oratorio The Seasons, Beethoven's Missa Solemnis and most recently Bach's Magnificat.

If you are interested in joining us (even if you are unsure which voice you are) you are welcome to attend one or two rehearsals without obligation. As a regular member, we would ask you to pay a small subscription (£60 per adult, reduced for students) per term in order to cover costs.

The choir meets at Fortismere School every Saturday in the music block in north wing, from 10.30am to 1.00pm during school terms. Access is currently only through South Wing (Tetherdown). There is also a very important coffee and cake break incorporated into the rehearsal time! The choir performs at least twice a year (usually in St Andrew’s Church in Alexandra Park Road) with a full orchestra and some wonderful up-and-coming soloists. Above all it is a great opportunity to get to know people from the local community who have links either directly with the school or to the locality, and to enjoy singing together with people who share a love of music.

The choir is incredibly lucky to have access to professional musicians – a great musical director, accompanist, orchestra and soloists all of whom further enhance the experience.

The choir has a steering committee and an active social network. Relaxed but supportive home-based sectionals, carol singing and parties have all helped to create a friendly atmosphere at rehearsals and events. We are proud to be part of the community that is Fortismere Music Centre, which brings neighbours, teachers and pupils together to create high-calibre music. If you would like to join our choir please email fmcinfo@fortismere.org.uk. 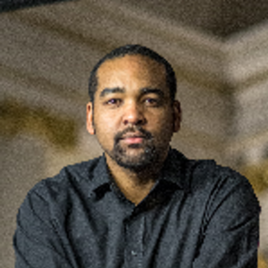 Marvin studied Early Music at the Guildhall School of Music and Drama and has extensive experience both as a singer and conductor. He has performed in numerous roles both in the United Kingdom and abroad including First Witch and Spirit in Purcell’s Dido and Aeneas, 3rd Parche in Luigi Rossi’s Orfeo, Endimione in Cavalli’s La Calisto. Equally at home in the concert hall Marvin has performed as a soloist at the Tenerife Music Festival, Handel’s Athalia at the British Museum, Messiah, Monteverdi’s 1610 Vespers and Bach’s H-moll Messe at the Aldeburgh Music Festival. In 2004 Marvin formed the Clemens non Papa Consort, a group whose aim is to perform lesser known works of the Baroque, Renaissance and Classical periods to a high artistic standard. Marvin is also the guest conductor of the Lavenham Singers. 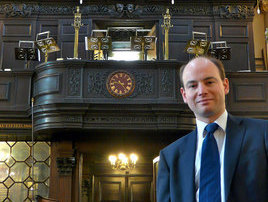 John studied music at King's College London, the Royal Academy of Music and cello at the Guildhall School of Music and Drama. In 2002 he started to learn the organ at the St Giles International Organ School and in 2006 he became a Fellow of the Royal College of Organists. He is a freelance cellist and organist, manages his string quartet named Four Strings Attached, and is organist at St Magnus the Martyr, London Bridge.